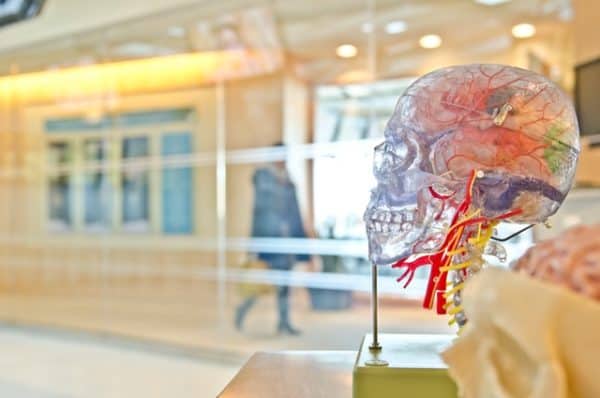 As we are now at the end of September, World Alzheimer’s month, it seems appropriate to take a look at some of the Alzheimer’s research and developments from the world of science and medicine this month affecting diagnosis and potential treatments of those people living with Alzheimer’s disease. Reports courtesy of Science Daily.

A new study led by Boston Medical Center researchers indicates a well-known biomarker that serves as a marker for earlier diagnosis of neurodegenerative diseases is now detectable in the eye. Neurofilament light chain, a protein previously detected in cerebrospinal fluid and blood that is being explored as a biomarker to detect neurodegeneration, has now been identified in the vitreous humor, or fluid within the eye. Published in Alzheimer’s Research & Therapy, these results set a foundation for future studies to investigate the potential of this biomarker to accelerate the diagnosis of Alzheimer’s disease, Parkinson’s disease, and other neurodegenerative diseases.

If sport is good for the body, it also seems to be good for the brain. By evaluating memory performance following a sport session, neuroscientists from the Université de Genève (UNIGE) demonstrate that an intensive physical exercise session as short as 15 minutes on a bicycle improves memory, including the acquisition of new motor skills. How? Through the action of endocanabinoids, molecules known to increase synaptic plasticity. This study, to be read in the journal Scientific Reports, highlights the virtues of sport for both health and education. School programmes and strategies aimed at reducing the effects of neurodegeneration on memory could indeed benefit from it.

Alzheimer’s disease is the most common form of dementia with more than 40 million affected people worldwide. To this day, there are no existing therapies for the effective prevention or treatment of the disease. Many recently identified Alzheimer’s disease-associated risk genes are expressed preferentially or exclusively in microglia, the immune cells of the brain. A study conducted in collaboration with the University of Eastern Finland and the German DZNE institute investigated the role of the microglia-specific Plcg2-P522R genetic variant in Alzheimer’s disease and found that it enhances several immune cell-specific functions. The results were published in the Molecular Neurodegeneration journal.

New research released from the University of Colorado Anschutz Medical Campus proposes that Alzheimer’s disease may be driven by the overactivation of fructose made in the brain.

The study was published in the Frontiers in Aging Neuroscience and outlined the hypothesis that Alzheimer’s disease is driven largely by Western culture that has resulted in excessive fructose metabolism in the brain.

The paper brought together an interdisciplinary team of neurologists, neuroscientists and experts on sugar metabolism, and presents evidence from extensive data and research conducted in Alzheimer’s disease that links high fructose levels in the brain to the disease. It also helps explain associations, such as why diabetes and obesity are associated with an increased risk for Alzheimer’s disease.