As we enter a new year and leave behind one in which the health of older people has been disproportionately impacted by the coronavirus pandemic, it seems appropriate to take a look at some of the other research and developments from the world of science and medicine affecting elderly people. Reports courtesy of Science Daily and curated by the team at the Live-in Care Hub.

Simple vision tests can predict which people with Parkinson’s disease will develop cognitive impairment and possible dementia 18 months later, according to a new study by UCL researchers.

The study, published in Movement Disorders, adds to evidence that vision changes precede the cognitive decline that occurs in many, but not all, people with Parkinson’s.

In another new study published today in Communications Biology, the same research team found that structural and functional connections of brain regions become decoupled throughout the entire brain in people with Parkinson’s disease, particularly among people with vision problems.

The two studies together show how losses and changes to the brain’s wiring underlie the cognitive impairment experienced by many people with Parkinson’s disease.

Lead author Dr Angeliki Zarkali (Dementia Research Centre, UCL Queen Square Institute of Neurology) said: “We have found that people with Parkinson’s disease who have visual problems are more likely to get dementia, and that appears to be explained by underlying changes to their brain wiring.

“Vision tests might provide us with a window of opportunity to predict Parkinson’s dementia before it begins, which may help us find ways to stop the cognitive decline before it’s too late.”

For the Movement Disorders paper, published earlier this month, the researchers studied 77 people with Parkinson’s disease and found that simple vision tests predicted who would go on to get dementia after a year and a half.

Dementia is a common, debilitating aspect of Parkinson’s disease, estimated to affect roughly 50% of people within 10 years of a Parkinson’s diagnosis.

These longitudinal findings add weight to previous studies that were done at one time point, which had suggested that performance in vision tests, involving commonly used eye charts and skewed images of cats and dogs, was linked to the risk of cognitive decline.

The new study also found that those who went on to develop Parkinson’s dementia had losses in the wiring of the brain, including in areas relating to vision and memory. The researchers used recently developed methods to analyse finely detailed MRI scans, enabling them to pick up the damage to the brain’s white matter.

The researchers identified white matter damage to some of the long-distance wiring connecting the front and back of the brain, which helps the brain to function as a cohesive whole network.

The Communications Biology study involved 88 people with Parkinson’s disease (33 of whom had visual dysfunction and were thus judged to have a high risk of dementia) and 30 healthy adults as a control group, whose brains were imaged using MRI scans.

In the healthy brain, there is a correlation between how strong the structural (physical) connections between two regions are, and how much those two regions are connected functionally. That coupling is not uniform across the brain, as there is some degree of decoupling in the healthy brain, particularly in areas involved in higher-order processing, which might provide the flexibility to enable abstract reasoning. Too much decoupling appears to be linked to poor outcomes.

The researchers found that people with Parkinson’s disease exhibited a higher degree of decoupling across the whole brain. Areas at the back of the brain, and less specialised areas, had the most decoupling in Parkinson’s patients.

Parkinson’s patients with visual dysfunction had more decoupling in some, but not all brain regions, particularly in memory-related regions in the temporal lobe.

The research team also found changes to the levels of some neurotransmitters (chemical messengers) in people at risk of cognitive decline, suggesting that receptors for those transmitters may be potential targets for new drug treatments for Parkinson’s dementia. Notably, while dopamine is known to be implicated in Parkinson’s, the researchers found that other neurotransmitters — acetylcholine, serotonin and noradrenaline — were particularly affected in people at risk of cognitive decline.

Dr Angeliki said: “The two papers together help us to understand what’s going on in the brains of people with Parkinson’s who experience cognitive decline, as it appears to be driven by a breakdown in the wiring that connects different brain regions.”

Dr Rimona Weil (UCL Queen Square Institute of Neurology), senior author of both papers, said: “Our findings could be valuable for clinical trials, by showing that vision tests can help us identify who we should be targeting for trials of new drugs that might be able to slow Parkinson’s. And ultimately if effective treatments are found, then these simple tests may help us identify who will benefit from which treatments.”

The researchers were supported by Alzheimer’s Research UK, Wellcome, and the National Institute for Health Research UCLH Biomedical Research Centre.

In three recent publications in Molecular Psychiatry, Brain and JAMA Neurology researchers from the University of Gothenburg provide convincing evidence that an in-house developed blood test for Alzheimer’s disease can detect the disease early and track its course, which has major implications for a potential use in clinical practice and treatment trials.

“This is an extremely dynamic research field right now, thanks to the technological development and seminal scientific progress in the past years. The dream scenario is to have a blood test for the early detection and screening of Alzheimer’s disease up and running. That would give significantly more people in the world access to testing and future treatments,” says Michael Schöll, associate professor and one of the senior authors.

After decades of research, we now know that Alzheimer’s disease-related memory problems are just the tip of the iceberg of underlying degenerative processes in the brain that have been silently developing over years or even decades.

These processes result from abnormal aggregation of amyloid and tau proteins in the brain, with these aggregates being the defining pathological features of Alzheimer’s disease. Until recently, it was only possible to detect these protein aggregates in the brains of deceased patients at autopsy.

Recent research advances, however, have enabled the accurate detection of amyloid and tau pathology in the brain with imaging methods and in the cerebrospinal fluid of living individuals. These current so-called biomarker methods are either expensive, invasive, or only available at specialized centres; thus, only a fraction of patients suffering from the disease currently benefit from these advances.

An accessible, affordable, and minimally invasive biomarker for Alzheimer’s disease would revolutionize care of patients worldwide, as well as boost the development of novel drugs for this presently still incurable disease.

In 2020, researchers at Sahlgrenska Academy, University of Gothenburg, have discovered such a biomarker: a cheap blood test capable to detect the presence of phosphorylated tau protein (p-tau181), a principal, defining hallmark of Alzheimer’s disease. Three recent scientific articles from the same study group now focus on the diagnostic performance of this blood marker and how it changes over time during healthy aging and during disease.

The authors demonstrated great potential for the blood test to predict and monitor Alzheimer’s disease progression in an unprecedently large study comprising more than 1100 subjects from the Alzheimer’s Disease Neuroimage Initiative (ADNI), followed up over several years.

“The recent development of blood tests sensitive to Alzheimer’s disease pathology is likely to provide a solution and has the potential to significantly change the way this disease can be managed in the near future,” Moscoso says.

In the publication in Brain the researchers analyzed participants’ blood samples acquired at different ages to construct the temporal trajectory of p-tau181 levels in blood across the long course of Alzheimer’s disease.

Importantly, they found that the novel blood test could detect abnormalities in p-tau181 levels several years before the onset of memory loss, suggesting enormous potential for early disease detection.

This potential was further confirmed in another publication in Molecular Psychiatry, with first author Thomas Karikari, in which the investigators demonstrated the high clinical utility of p-tau181 in blood for predicting future Alzheimer’s disease dementia, even among individuals who had not experienced any memory impairment in the moment of the blood test.

Finally, in the third and most recent publication in JAMA Neurology, the scientists demonstrated that annual increases of p-tau181 in blood were strongly coupled to the loss of nerve cells in Alzheimer’s disease as well as to cognitive decline, suggesting not only potential for prediction but also for monitoring and identifying rapidly progressive forms of the disease in an affordable yet effective way. Professor Henrik Zetterberg:

“Our findings have clear and novel implications for the use of these tests, both as diagnostic tools, but also as outcome measures in clinical trials, as we showed that the levels of phosphorylated p-tau181 and Neurofilament light, NfL, in standard blood samples, are reliable biomarkers for Alzheimer’s disease, specifically p-tau181, and for neurodegenerative diseases in general, NfL.”

Together, these studies represent a crucial step towards the widespread use of biomarkers in clinical routine, making effective blood biomarker testing for Alzheimer’s disease a reality for most clinical settings, including primary care. Professor Kaj Blennow:

“This is a major step forward showing that blood tests for tau pathology and neurodegeneration have clinical value to track disease progression in patients with Alzheimer’s disease,” he says.

A team of Geisinger researchers has identified a common genetic variant as a risk factor for stroke, especially in patients older than 65.

Cerebral small vessel disease (SVD) causes about a quarter of ischemic strokes worldwide and is the most common cause of vascular dementia. SVD can manifest as lesions on the brain, which typically appear on brain scan images. SVD is commonly associated with aging and hypertension, but a minority of cases are caused by cysteine altering variants in the NOTCH3 gene. Approximately 1 in 300 people have this type of gene variant. A rare hereditary condition known as cerebral autosomal dominant arteriopathy with subcortical infarcts and leukoencephalopathy, or CADASIL, which is caused by this gene variant, has been associated with SVD and an increased risk of stroke.

In their study, published in Stroke, researchers evaluated a set of health records, including imaging and genomic sequencing data, of more than 300 Geisinger patients, of which 118 exhibited a NOTCH3 variant. Of this group, 12.6% had a history of stroke, compared with 4.9% of those in a control group. The risk of stroke was significantly higher in those older than 65, and patients exhibited a higher number of white matter lesions on the brain. Although all 118 patients in the study group had a NOTCH3 genetic variant, the specific variant that causes CADASIL was rarely seen.

“Stroke is a complex multifactorial condition,” said Vida Abedi, Ph.D., a scientist in the department of molecular and functional genomics at Geisinger and a co-author of the study. “Dissecting its risk factors and identifying ways to improve patient outcomes is a crucial part of improving patient care.”

“This study represents a novel and powerful approach to studying the genetic basis of neurologic disease,” said Ramin Zand, M.D., a vascular neurologist and clinician-scientist at Geisinger and co-author of the study. “Geisinger’s unique resources, its electronic health records and focus on precision medicine allows us to leverage this data to provide better care for all of our patients.”

Anna
Previous Post
Does type of care have an effect on people with dementia?
Next Post
Ways In Which Live In Care Combats Loneliness 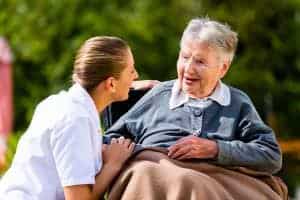 Recovering From A Stroke – Finding The Right Care 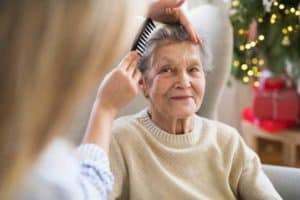 Parkinson’s Disease Progression – What To Watch Out For 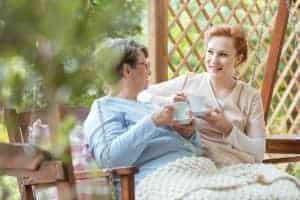 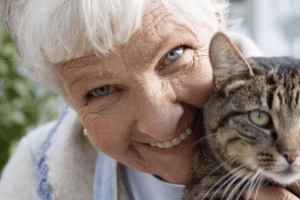 5 Myths About Ageing You Shouldn’t Believe